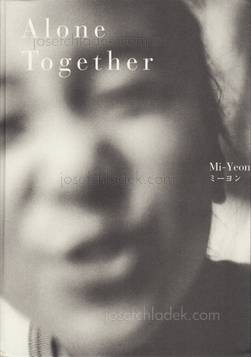 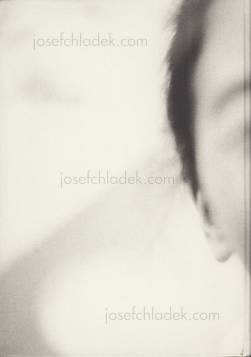 Participatin in in)(between. ShaShin Book Award, an award open to all Japanese photographers and photographers residing in Japan. More information in English and Japanese See all entries

Other books by Mi-Yeon (see all)

Hardcover, cloth bound with one double gatefold, edition of 600 copies. Text by Akiko Otake “Photographs that disengage us from ourselves”, editing by Syunichi Nishiyama, design by Katsuya Takasaki.

"Photographs that disengage us from ourselves"
One thing I notice when I look at the photographs in Alone Together is that there are people in all of them, but not a single one of the photographs is shot at the distance you would expect when ordinarily engaging with other human beings.
I have been taken with this fact for quite a while now.
Most of the human figures in the photographs are faraway and therefore small. Spaces with no human beings in them, instead filled with water, sky, rocks, account for most of the scenes. At first glance, you don’t see anyone in the shot, but at a second closer look, you spot a lonely human figure in the corner.

Some of the people were photographed at close range, but they are deliberately out of focus and their image is blurred. Sometimes, they are vaguely vibrating because they are in motion – diving into the water or sitting in a moving car.

The feeling I get from this is that Mi-Yeon is not at all concerned with emphasizing the presence of people in her photographs. On the contrary, she attempts to make them diaphanous, to suspend them in the air, something that is represented symbolically in her multiple-exposure photographs of human figures standing in a street. The individual figures of the people overlap each other and their outlines dissolve, merging into the landscape to form another kind of presence.

In many of the photographs we see the sea or sky or rocks featured big, but do not get the sense that the people are being swallowed up by them. This is perhaps because, even at a distance, the photogrpaher’s gaze is fixed on the human figures. Someone sitting on the jagged rocks holding a sun umbrella. Some men standing in the water about to catch a beach ball that is up high in the sky above them. Two people travelling through the water in a boat that leaves a trail of white foam in its wake.

As Mi-Yeon stares intently at the human figures, the people in the photographs   stare at something faraway and imperceptible to us. The same is true of the photographs of the black silhouette of a line of people.

Mi-Yeon wrote the following in the preface:

I sense that she does not feel afraid about her “I” vanishing, that she even welcomes that experience, but when I read her words, a thought crossed my mind. That maybe it was through photography that she came to have this feeling.

When we stare at something, we go right inside the thing we are staring at. We become one with the object, for the most part without even realizing it, and have the experience of ourselves disappearing. The smaller the object on which our eyes are trained, the more concentrated the object becomes, like looking at something through the eye of a needle, and the extinction of “I” is achieved.

The act of taking photographs is nothing other than looking at the photographed object over and over again. Through this repetitive act, the feeling that we are liberated from the self, a self that is bound to “I,” and step out into the world is experienced viserally in the form of joy.

The fundamental qualities of a photograph are presented by Mi-Yeon as a single idea in Alone Together.
Akiko Otake (text from the book)