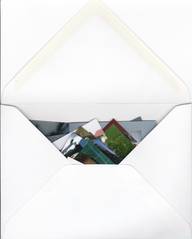 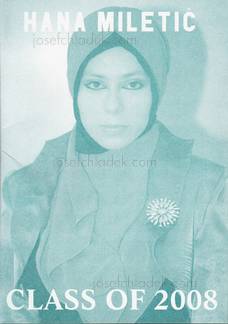 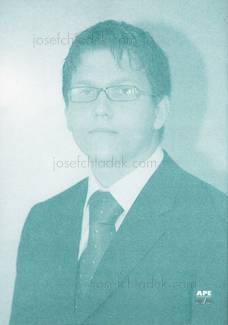 Other books by Hana Miletic (see all)

Other books tagged Croatia (see all)

Other books by Art Paper Editions (see all)

What makes this book so fascinating is the instance that is shows "life" behind hijab. The main part of the book shows graduation portraits of the 26 students who attended the Islamic High School in Zagreb during the academic year of 2007-2008. Uniformly dressed young women and men, with hijabs and suits. But besides the many details and variations you will find in this series the exciting part starts at the end of the book opening the accompanying envelope. Small, colorful, private shots of all the 26 students, uniform and (mostly) the hijab gone. Like a puzzle you start to reassemble an order them. By comparing the disguised and private shot the uselessness of guidelines and conventions is so obvious. Without a single word and any text the statement that Hana gave us with this book is even stronger - brilliant, thoughtful work.

You can order copies at Art Paper Editons.

"Class of 2008 collects the graduation portraits of the 26 students who attended the Islamic High School in Zagreb during the academic year of 2007-2008. The publication title generically indicates an unnamed class at a specific moment in time. We rely on the image, and, above all, the sitters’ culture-specific attire, to roughly locate the setting. What makes these images so singular is the fact that the depicted adolescents were enrolled in the only high school for Muslims in the pre-dominantly Christian Croatian society. Most likely due to financial reasons, no other graduating class was ever officially documented up to this date. Miletić consciously favoured the Risograph technique, which is commonly used for high-volume digital printing, photocopying and distribution, and therefore a timely medium to voice and spread ideas on issues of politics, religion and identity. While the inside pages are coated in timeless and objective black-and-white shades, the cover adopts the color green for its centuries-long symbolic association with Islam. Enclosed with the yearbook is a blank envelope containing the current self-portraits of the same persons, which were selected and submitted by the subjects themselves. Printed on high-gloss photo paper and cut in various dimensions, these highly personal, casual and amateurish portraits reveal the degree of formality which determined the memory of the Class of 2008. In a striking contrast, the young women wore, without exception, the traditional hijab for their public image, while most chose to present and represent themselves veilless in the private sphere." (Caroline Dumalin)