Other books tagged Ireland (see all) 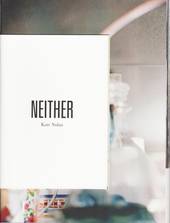 Other books tagged Crisis (see all) 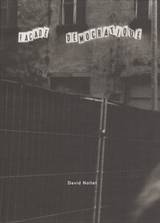 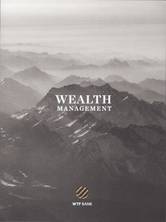 Other books tagged Swiss (see all) 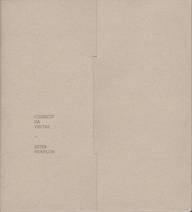 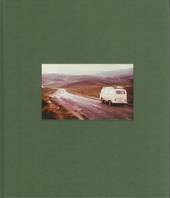 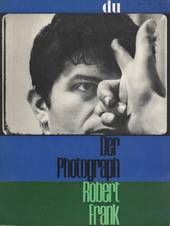 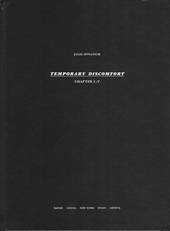 Hardcover, cloth bound with tipped-in photograph on the front board, edition of 400 copies.

Beyond the freshly tarmaced road lies only a wasteland. The Ghost Estates
cover photography shows that the project envisaged for this plot of land has not come to fruition. It seems that this space should have been occupied by a detached home, completing the cul-de-sac. When the “housing bubble” burst in 2008, activity on building sites suddenly stopped. At this stage, the Irish landscape was already covered by over three thousand unoccupied housing estates. This makes the void shown in the cover picture unusual. Because as soon as you turn the first page of the book, the view is foreshortened. Buildings crowd the space.
Faced with these vestiges of wealth, Valérie Anex turns her camera towards the walls, the hedges, the fences and the advertising signs. She takes stock of the estates, paying close attention to the architecture and its direct links with land development policies. The composition of and repetition in the photographs, as well as the sequence of the images and their interaction with the text, make Ghost Estates a book that documents the process by which new houses become empty husks, left behind like debris. The book thus evokes the dynamic that leads from consumer fetishism to the collapse of an economic system.
The book’s closing image depicts the ghosts of futures imagined. Here, the avatars of the men and woman depicted on the advertising sign remind us of the origins of the ghost estates. Whilst in the past, a ghost town was one which had been abandoned, the ghost towns of today have never been inhabited. The photographs in Ghost Estates cannot make this “new spectre that is haunting the world” visible to the eye. However, they make reference to this compressed passage of time, allowing the reader to reflect on the habitable world. (Christian Tarabini, Laura von Niederhäusern)

More info and how to order at Valerie's site.